What is static electricity?

web：www.hoyato.com name：Shenzhen Hoyato Protective Supplies Co.,Ltd
What is static electricity?
All items are made of small atoms. These atoms are made up of even smaller items called protons, neutrons and electrons. The protons are charged positive; the neutrons have no charge and the electrons are charged negative. Under normal conditions there are the same amount of protons and electrons giving atoms no charge. 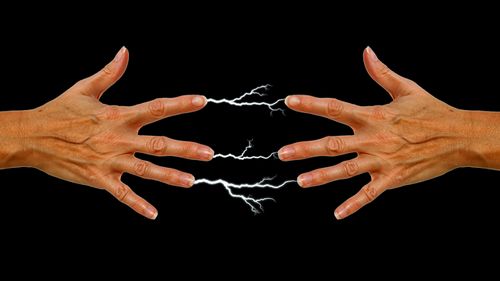 However, these electrons can move. When separating or rubbing together of materials, electrons can move from atom to atom or from one material to another (triboelectric charges). This can mean that atoms can hold a positive or negative charge. (Dependant on movement and direction of electrons). If the material in question is an insulator, this charge can be held and not move. This is called static electricity.
The rapid movement or decay of these charges can cause expensive problems, whether it is huge and dangerous charges such as lightening or simply an annoying (and sometimes painful) "Electric shock" when touching a filing cabinet or when getting out of a car. (These charges are normally on you!).
These charges can be a huge problem for small sensitive electronic devices. Some devices can be damaged or destroyed by as little as 30 volts. Charges on your body simply by walking or even sitting at your chair can be in excess of 5000 volts (Human body model). This is because of items of clothing rubbing together or as simple as shoes separating from the ground. When items are insulators such as carpets, charges are much higher.
Imagine the damage this could cause. This is why it is important that insulators should be avoided and all possible static electricity generators (Such as you) should/must be grounded to eliminate any build up of charges.
[打印] [返回]
分享到：QQ好友QQ空间微信新浪微博邮件分享腾讯微博一键分享复制网址